All the Glory, None of the Spilled Guts

Now that the Long Night is over from Game of Thrones and spoilers abound; armchair generals are spilling out onto the internet with all of their After Action Reports and “how terrible the battle plan was” while I’m just sitting over here polishing my helmet because I get to experience the adrenaline rush just about every weekend and throughout the week thanks to the Society for Creative Anachronism. As the Baron of the Citadel of the Southern Pass, I assemble my Guard to train and hone our skills for tournaments displaying individual prowess and prepare for Wars like Estrella War, Great Western War, Gulf Wars, Lillies War, Pennsic and many others.

You Can Too! Kill Your Friends, Don’t Hurt Them

Since you’ve had a sweet glimpse into our world thanks to Brown Falcon Productions (seriously, I LOVE that video), it’s time to find yourself in this brutal, yet safe world. One of the anecdotes that gets passed around is that the SCA has fewer injuries in its lifetime compared to the NFL in a single season. We use rattan weapons in place of full steel (although if that interests you, we do host Cut and Thrust which uses live steel) that must meet specific requirements to ensure ultimate safety. Most injuries sustained are due to poor conditioning, people pushing themselves way too hard, or not hydrating properly. Having said all that, you can still clearly see that we don’t just tap each other lightly. I would describe SCA Heavy Combat as a full contact sport. We also offer Archery, Siege (oh yeah, we’ve got catapults and ballistae too), and Light Fighting, which is akin to fencing using period methods and weapons.

We Have a Whole World for You to Join

Be Yourself in Our World

The SCA covers the globe and extends out into space as well. In fact, several Branches have been represented in space via the International Space Station and other means. Even here on Earth there are groups challenging each other for claims of land and territory. In fact, the Kingdom of the Outlands (the best kingdom!) owns the Statue of Liberty and I’ve taken flags with me on deployments to claim Saudi Arabia and Iraq (Pics or it didn’t happen and I’ve got the pics!). If you’re reading this from El Paso, you belong to the Barony of the Citadel of the Southern Pass. If you’re not, you can find your Kingdom by visiting https://www.sca.org.

Each person gets to decide what persona they adopt in the Pre-17th Century World. If you can source it, you can do it and be it. Some people stop at a name and heraldic device (think coat of arms, and it’s all yours), but for me, I am Bernardo dei Medici, of the city-state of Florence in the late 15th/early 16th Century. The clothes I wear and the armor and weapons I use are sourced from that same period. Part of the fun is learning about history and making it happen.

We Have a Ton of Friends!

Seriously, everywhere you go, if you mention you’re in the SCA, you’ll be instantly welcomed into a family that you never knew you had. The Outlands is well known for its hospitality and I can vouch for that. I PCS’d from Windkeep, which is a Shire in Cheyenne, Wyoming to Citadel, here in El Paso and instantly had a group to hang out with and feel welcome. No questions asked. Immediate awesome group of friends.

We Also do Arts and Sciences

It isn’t just about the fighting. We also do a lot of handicrafts with some folks focusing on doing everything as if it were in period and that is where you start to learn how amazing the arts really were in the past. Each Kingdom and local Branch hosts different Arts and Sciences events and competitions in the same manner that we hold tournaments for fighting. Some of our most celebrated members do both and are quite amazing at both. The SCA also gives out awards that are works of art themselves.

Enough With the Words, I Want Action!

Okay, okay, well hopefully I’ve got you hooked. The SCA is awesome and a TON of fun. If you’re in El Paso, you’re in luck because I think we’re the best Barony around. Maybe a little biased, but yeah, I said it.

The best way to figure out where we’re going to be is check out our Baronial Calendar. 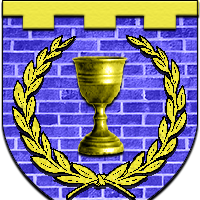